Sadly, it is all too easy for our tools, furniture and many other belongings to succumb to the damaging effects of rust.

To protect your things from the elements, we recommend you use a rust inhibiting oil. But first, what creates rust in the first place?

What exactly is rust? 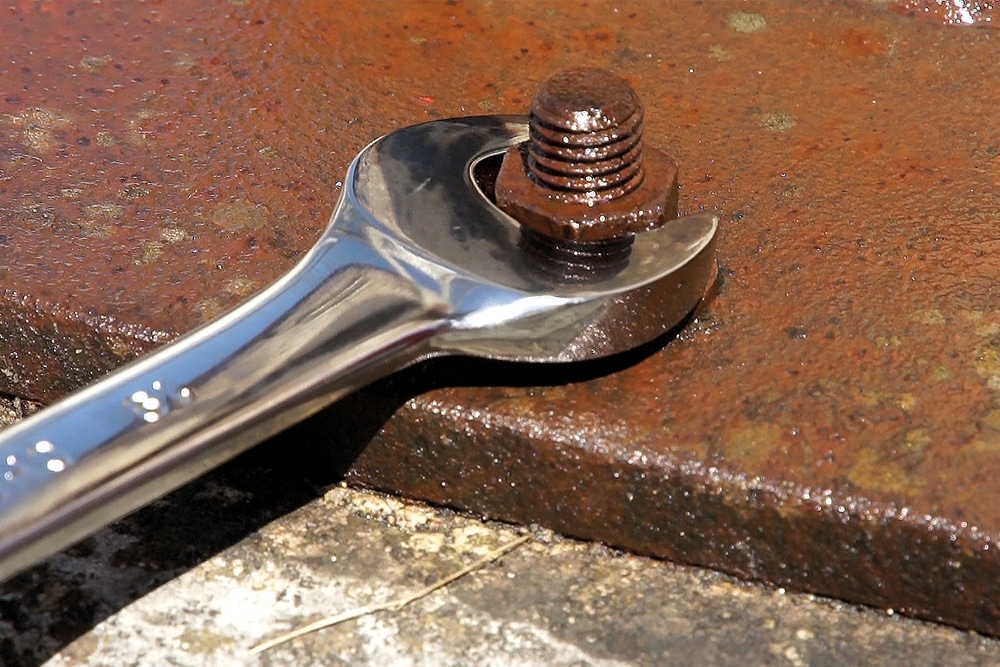 Rust, other wise known as iron oxide, is a chemical reaction that is brownish – red in colour and course in texture. It weakens bonds within iron / iron alloys which damages the very fabric of the metal itself. Without attention, rust can cause irreversible damage.

If an environment contains too much oxygen and moisture for a long period of time, iron / iron alloys will oxidise and rust will form. This is because oxygen slowly combines with the iron at an atomic level destroying it from within.

Can rust be removed?

We have a few products that can be used to remove rust. Our more commonly used product for rust removal from patio tiles and concrete is Net-Trol. If you have metal surfaces that have a small amount of rust, we also have a product named Polytrol that can help to remove it and restore any tarnishing.

What can I do if I want the look of rust but without the damaging effects?

If you have a metal feature in your garden, such as a clock mounted on a wall or a statue for example, that has rusted to a state that you like but you are now concerned that the rust will continue to progress and damage your feature, you could try using Owatrol Oil.

Owatrol Oil is a rust inhibitor that saturated into the rust, displacing the moisture and air and stopping rust dead in its tracks. Applying Owatrol Oil will keep the aesthetic you are after whilst also preventing any further rusting.

How to stop rust from happening / returning 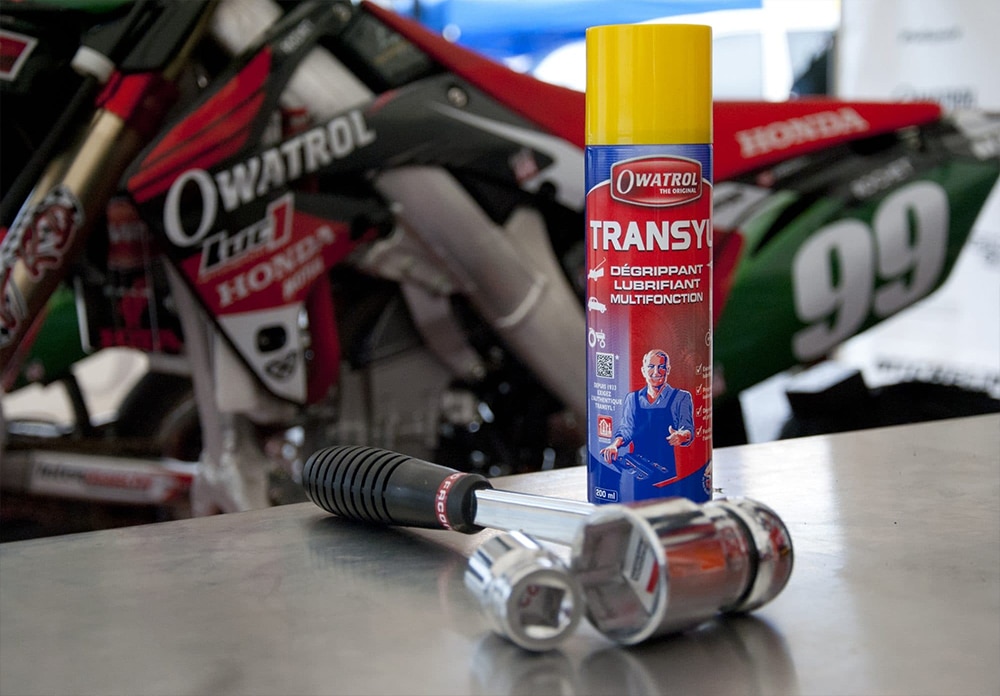 You may have managed to removed rust and want to stop it from returning, or perhaps you just want to prevent it from occurring in the first place and so for this we recommend using our rust inhibiting and releasing oil Transyl.

What does Transyl do?

Transyl leaves a thin film on the surface that shields metal from the damaging effects of rust.

Not only that but it is also a lubricating and self-spreading oil that has premium spreading and climbing properties – meaning it is able to reach even what seem like completely inaccessible areas.

Transyl is a multi-purpose product:

It can also be safely used on a wide variety of other surfaces such as rubber and plastic because it does not contain any caustic or acidic substances.

Transyl can be used internally and externally and is the perfect product to keep your metal surfaces safe and protected from rust.

We love hearing from you, so if you have any tips or advice, please share them in the comments below!

Our team are ready and willing to support you with your requirements whether it is protecting your newly laid deck or renovating a luxury yacht, whatever the application Owatrol has the solution you are looking for.